Hmmm there seems to be a problem fetching this series right now. Last successful fetch was on August&nbsp01,&nbsp2022&nbsp23:20 (

What now? This series will be checked again in the next day. If you believe it should be working, please verify the publisher's feed link below is valid and includes actual episode links. You can contact support to request the feed be immediately fetched.

Bear markets are a normal part of investing but is this time different?

As the coronavirus COVID-19 spreads around the world, governments are struggling to limit the economic impact of the disease.

In today’s unplanned episode of the Financial Independence Podcast, JL Collins (author of The Simple Path to Wealth) joins me to talk about this stock-market crash, how it differs from previous crashes, and what you should do about it.

Note: Apologies for the audio quality of this episode. Since this wasn’t planned in advance, I didn’t have my normal microphone so I had to use the microphone on my iPhone headphones :/

JL Collins joins me on the Financial Independence Podcast to talk about stocks, bonds, real estate, and his brand new book - The Simple Path to Wealth! 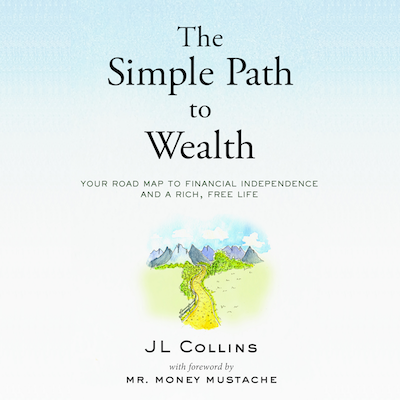 5d ago5d ago
Subscribe
Unsubscribe
Viikoittain
Let’s Drone Out is a light-hearted and chatty drone focused podcast. Recorded live and interactively every Thursday 8-9 pm UK time on YouTube, come join the interactive chat. Jack and his wife Tony, as well as the rest of the LDO crew are here to bring noobs and pros together. Tune in every Thursday at 8:00PM UK time for the latest on tech, events, news, interviews and a behind the scenes look into the hobby. ​LEGAL NOTICE: Any views expressed by any guests on this show are personal and may ...
T
The Autoblog Podcast

15m ago15m ago
Subscribe
Unsubscribe
Viikoittain
The Autoblog Podcast is one of the oldest and most-listened to automotive podcasts anywhere. The show features a rotating panel of editors and guests hosted by Editor-in-Chief Greg Migliore. The gloves come off and the lively discussion has everything from the most important news of the week to the best and worst cars we're driving. The show traditionally wraps with the popular Spend My Money segment. With nearly 700 episodes, the podcast is a must-listen for automotive enthusiasts everywhere.
W
We Like Dota

15d ago2w ago
Subscribe
Unsubscribe
Kuukausittain+
We Like Dota is a podcast about the casual Dota 2 scene, with segments such as the Hero and Item of the Week, E-Sports coverage, and Noobs Ask Noobs questions.
W
Woman's Hour

15m ago15m ago
Subscribe
Unsubscribe
Viikoittain
The official podcast of GamersWithJobs.com, every week the guys discuss the latest games, issues affecting the industry and more! This is THE gaming podcast for mature gamers.
M
Money Box

2h ago2h ago
Subscribe
Unsubscribe
Viikoittain+
The latest news from the world of personal finance plus advice for those trying to make the most of their money.
H
Horrible Gamers

2d ago2d ago
Subscribe
Unsubscribe
Kuukausittain+
We promise we are not as Horrible as you think at video games, well maybe. This is a podcast based on current video game culture and much more. Join us for a whole new experience with gaming, we’re not your average gamers we are The Horrible Gamers!
O
Out Travel The System

7d ago1w ago
Subscribe
Unsubscribe
Kuukausittain
Even when we’re not going anywhere, we’re planning our next adventure. As a global leader in travel, Expedia has created this entertaining podcast offering travel information and ideas so you can learn and get inspired. Before you embark on your next trip, join host Nisreene Atassi to swap tips with travel experts and industry insiders, as well as people just like you who have great travel stories to share. Subscribe today, and learn to navigate the online travel booking space and Out Travel ...
S
Sneak Attack!

2y ago2y ago
Subscribe
Unsubscribe
Kuukausittain
Sneak Attack! is a homebrew actual play tabletop RPG podcast set in the world of Brannis, as well as the depths of outer space. While in season, new episodes release every Friday.
Kuuntele yli 500 aihetta